The ultimate record stylus: Created through fine craftsmanship to produce high-fidelity sound even as it wears

On January 1, 2023, we changed the name of our company,
Adamant Namiki Precision Jewel Co., Ltd., to Orbray Co., Ltd.

Orbray became world famous when we started manufacturing record styli after the Second World War. Motivated by his passion for music, Orbray’s founder, Kazu Namiki, sought to capitalize on Orbray’s advanced jewel “cutting, grinding, and polishing” technologies to improve the stylus and enhance the listening experience of music lovers around the world.

Orbray’s record styli are sold to record cartridge manufacturers around the world. Our audio accessories are loved by music enthusiasts under the “ORSONIC” brand.

Our record styli took the world by storm with their high sound quality and reliability. Our “NAMIKI” brand once dominated 60% of the global market, and even now we maintain a large share of the high-end record stylus market. 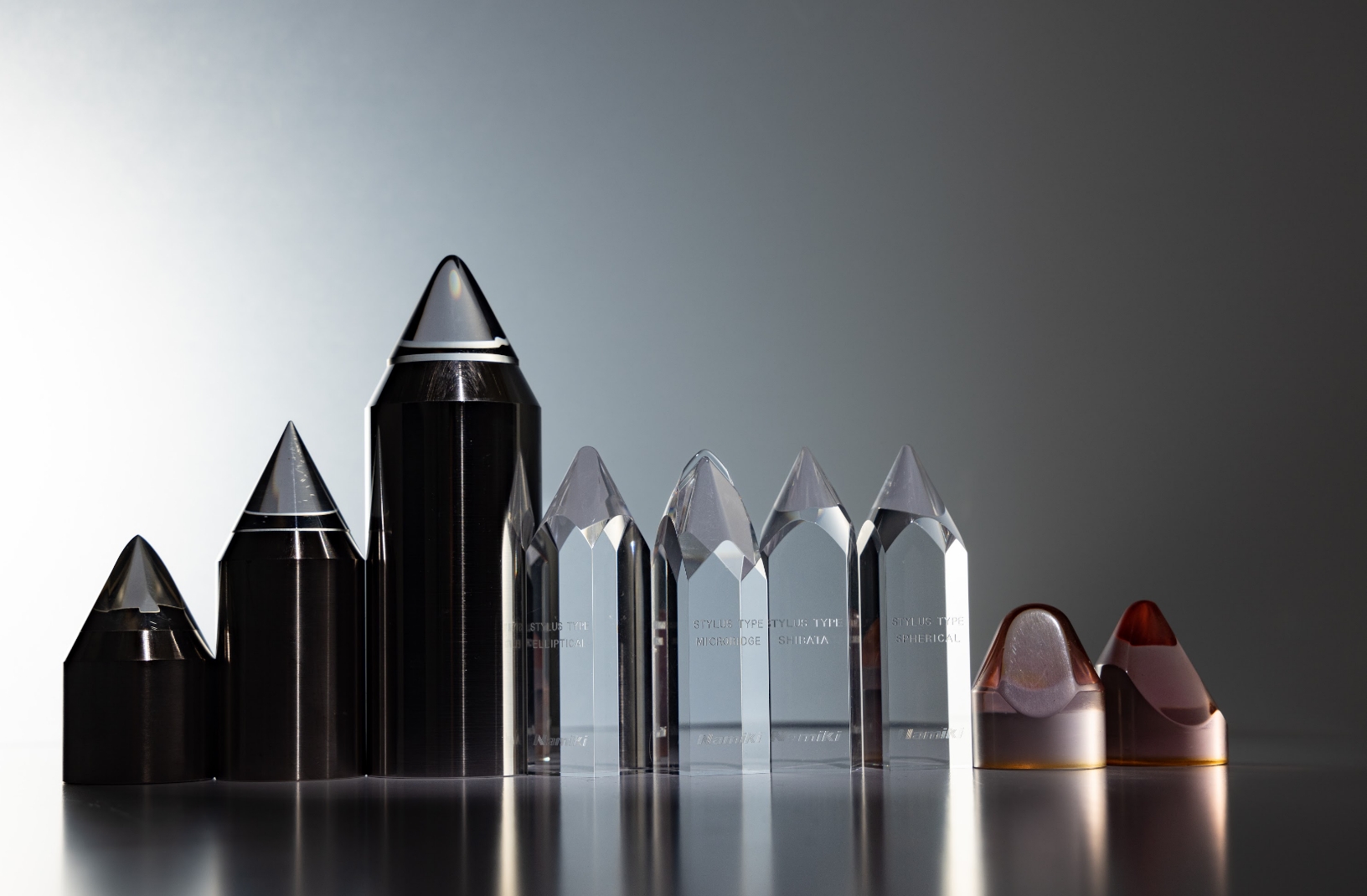 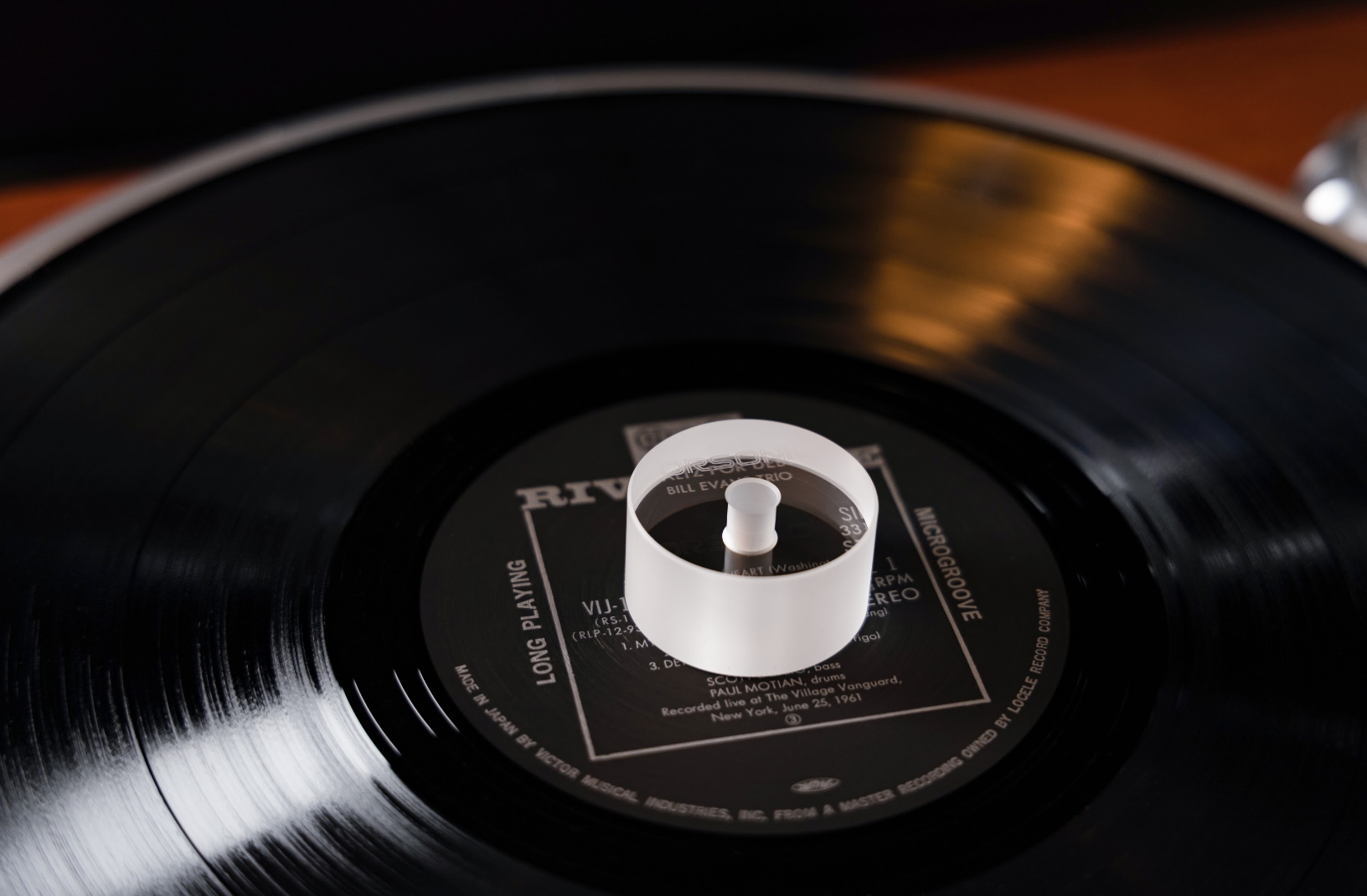 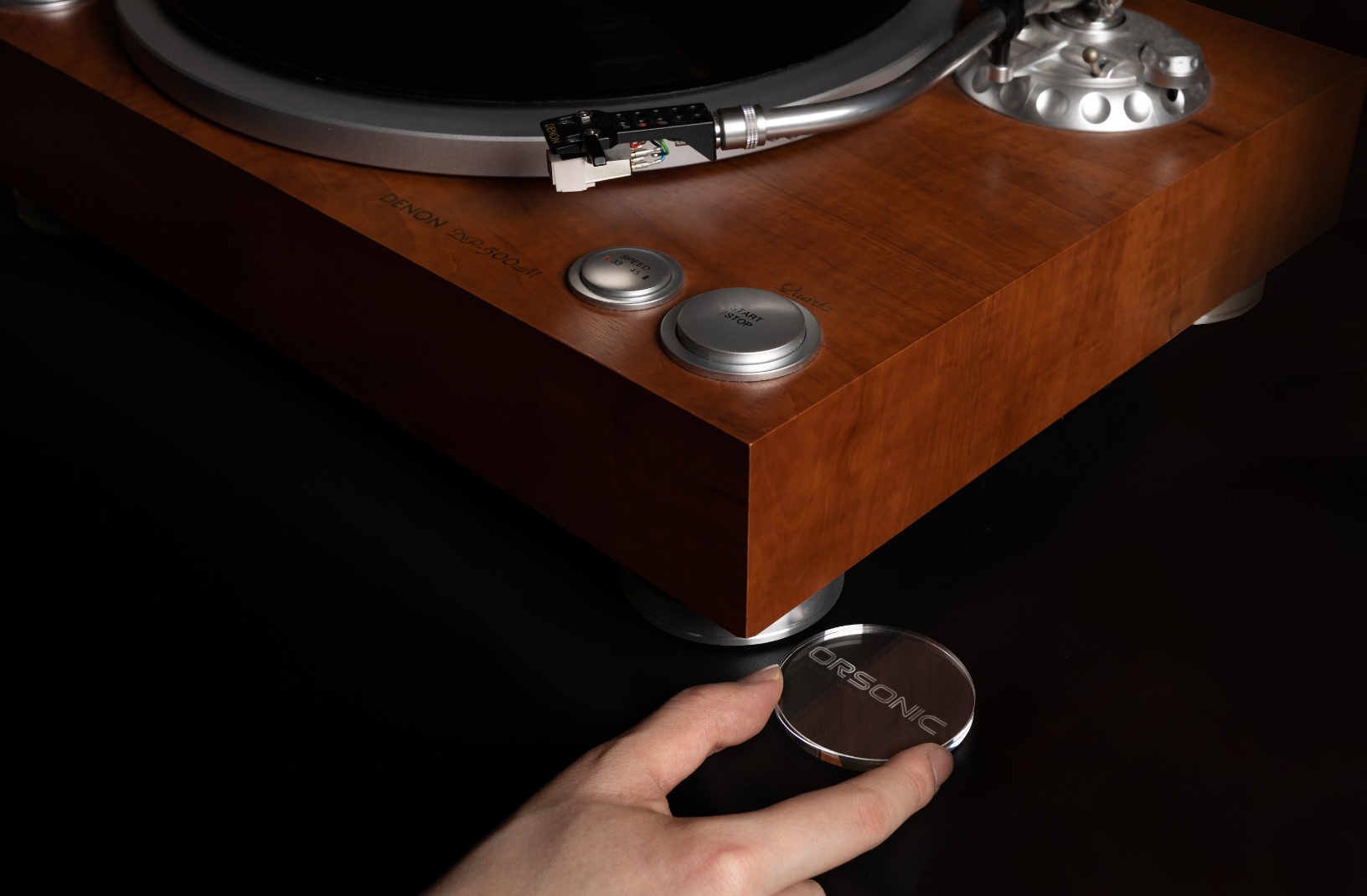 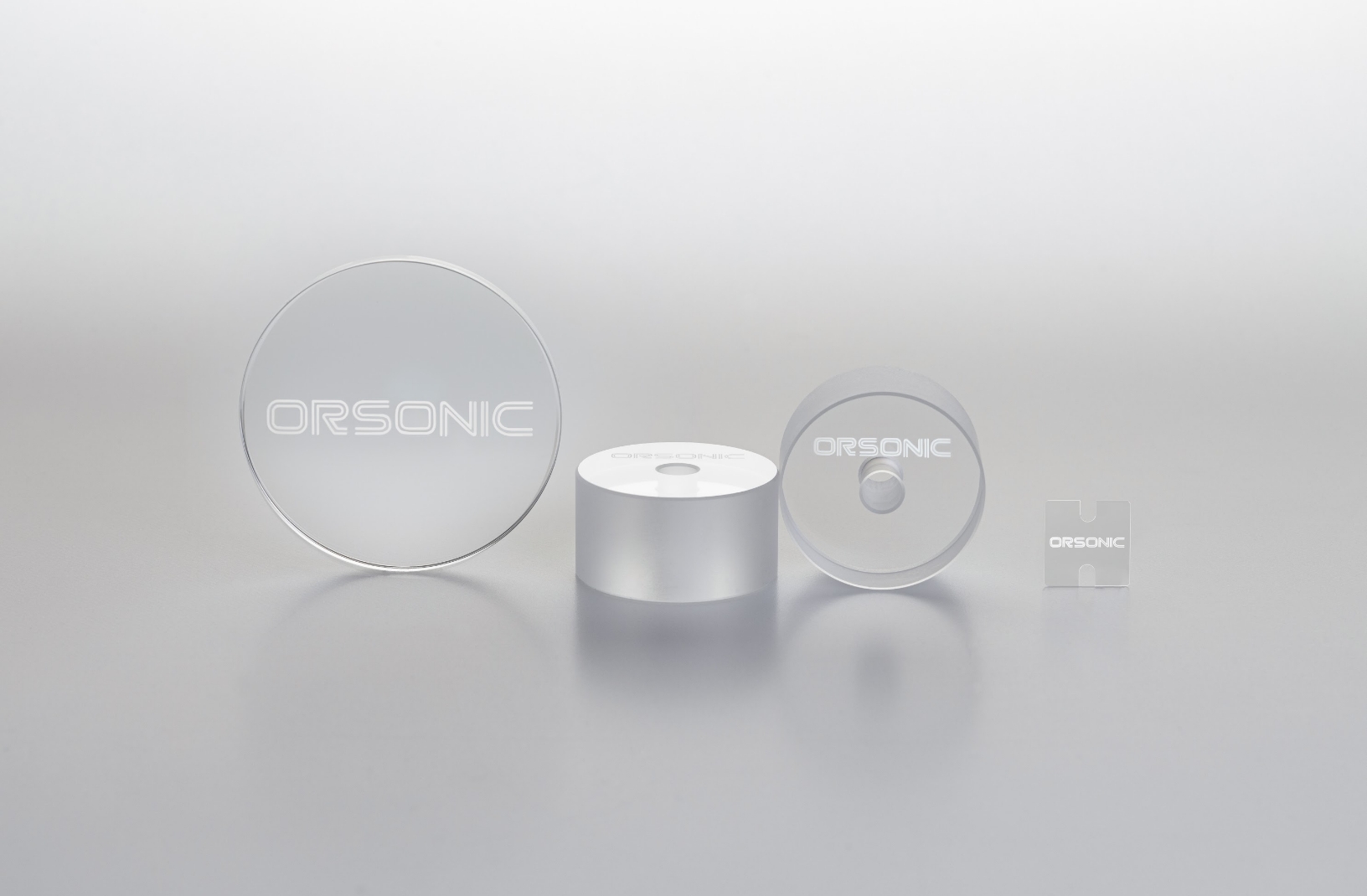 The 1950s was a time of extraordinary growth. The Japanese people had been relentlessly reconstructing their nation following the war. After great progress had been made, people were finally starting to find time for leisure activities, such as listening to music. Buying expensive record players and stereos, audio aficionados were particular about the stylus they used, as it plays in important role in determining the quality of the sound.

The 1980s saw a boom in digital technology, and many thought that analog records would be replaced by digital CDs and other technologies. However, phonograph records started making a comeback around the 2010s. Especially recently, with more people spending more time at home due to the corona virus pandemic, the demand for record players has increased. Vinyl albums have become quite popular around the world, including in Japan, where Japanese music from the 1970s and 1980s, such as Tatsuro Yamashita and Yumi Matsutoya, has been rechristened “city pop” by the young.

The sound of the record depends on the stylus, which picks up the sound by directly touching the record grooves.

Evolution of record styli from Edison to today

After Thomas Edison’s invention of the phonograph cylinder in 1877 and Emile Berliner’s invention of the flat-disc record 10 years later, technical development of records focused on making the grooves smaller to extend playback time. Meanwhile, record styli, which were made of steel, wore out quickly and had to be replaced after each record, because the force exerted on them caused their very thin tips to erode. With the development of narrower record grooves, new types of styli were needed. Styli thus began to be made of lighter, stronger materials, particularly sapphire and diamond, to reduce the pressure on the disc. It is here that Orbray entered the scene, with our advanced technologies in the processing of industrial jewels. Now, most styli are made of diamond.

MicroRidge: The ultimate record stylus – no deterioration in sound

Record styli have evolved not only in their materials but also in their shapes.
In the beginning, stylus tips were round. With the advent of stereo playback, elliptical styli were developed to be able to pick up the audio signals across a wider audio range to better reproduce the original dynamic sound.

Later, the release of 4-channel records (now called “surround sound”) required styli with higher precision. Line-contact styli were created to make even more precise contact with the record grooves. Round and elliptical styli have contact areas that increase as they wear, causing the sounds they pick up to blend together. Line-contact styli were developed to prevent this. However, even these will experience similar issues as they wear out over time and their contact surfaces increase.

Therefore, Orbray developed the “MicroRidge” stylus as the ultimate line-contact stylus. With the MicroRidge stylus, sound quality does not deteriorate over time.

The Shibata stylus is a typical line-contact stylus. It was developed by JVC for 4-channel record playback.

The MicroRidge stylus tip is shaped like the head of the superhero “Ultraman,” with a multilevel ridge. It is able to pick up minute vibrations conventional needles cannot, and reproduce signals accurately, resulting in very clear sound.

The processing of this stylus was extremely difficult. Through a long process of trial and error, Orbray’s engineers and craftspeople were able to establish an accurate and reliable process for the production of this shape. It truly is the crystallization of Orbray’s know-how and experience. The MicroRidge stylus tip has been highly evaluated as an Orbray original that cannot be imitated by other companies.

The craftsmanship of processing hard diamonds

In the beginning, we started with diamond crystals about 0.9 mm ~ 1.4 mm in size, and made one stylus from one piece of diamond. In 1975, we started using a laser processing method that turned the industry on its head. With this new technology, we were able to produce multiple needles from a single diamond crystal. These laser-cut styli are polished under a microscope. Since diamonds are the hardest materials on Earth, the styli are polished using diamond powder. Only very fine micro-processing can create the tips, which are the width of a single strand of hair. This requires extreme patience and care to carry out.

Then, the tip of the diamond is ground more precisely into round, elliptical, MicroRidge, or other shapes.

The stylus is affixed to the cantilever (diamond, ruby, aluminum, sapphire, zirconia, boron, etc.) with an adhesive, and the parts are assembled to complete the cantilever sleeve. Orbray performs complete assembly up to this point, as well as sales of individual needles.

Orbray has always entrusted the production of our advanced styli to our skilled craftspeople who have many years of experience. However, training such experts can take decades. Such a commitment is difficult for many younger employees, who are expected to take on many roles throughout their careers. In order to meet the recent growth in demand, we have decided to reorganize the production process into several specialties, each of which is easier to master than the entire process. By dividing the process and providing detailed operation manuals, even young people without decades of experience are able to contribute to the work, under the watchful eye of our senior craftspeople.
Of course, depending on the particular process, it may take a year or more for one to become proficient at a task. Natural aptitude and dedication are also needed for some tasks, meaning not just anyone with a set of instructions will be entrusted with our processes. Our senior craftspeople who have devoted many years to stylus manufacturing are working hand-in-hand with the next generation to ensure that the legacy of vinyl audio and Orbray styli live on for decades to come.

Although the production of phonograph styli may seem to be a mature technology, new challenges continue to arise. For example, conventional cantilevers use adhesives to secure the diamond stylus to the cantilever. This arrangement causes sound attenuation at the connection point. Orbray has been able to dramatically improve sound quality by creating an integrated stylus-cantilever. However, the complexity of producing this one-piece stylus cannot be overstated.

This one-piece stylus was painstakingly created and produces unparalleled sound quality. Even our most experienced stylus craftspeople speak of the difficulty in creating it and are very gratified by its success, as Orbray is likely the only company in the world capable of this feat.

Orbray is proud to be able to contribute to the resurgence of analog records in the modern era, through the continued production of and innovations in stylus manufacturing. In this context, we believe that our phonograph-related operations are not just a business but a way to contribute to culture. Indeed, we feel a very strong sense of mission to preserve culture and connect technology to future generations. 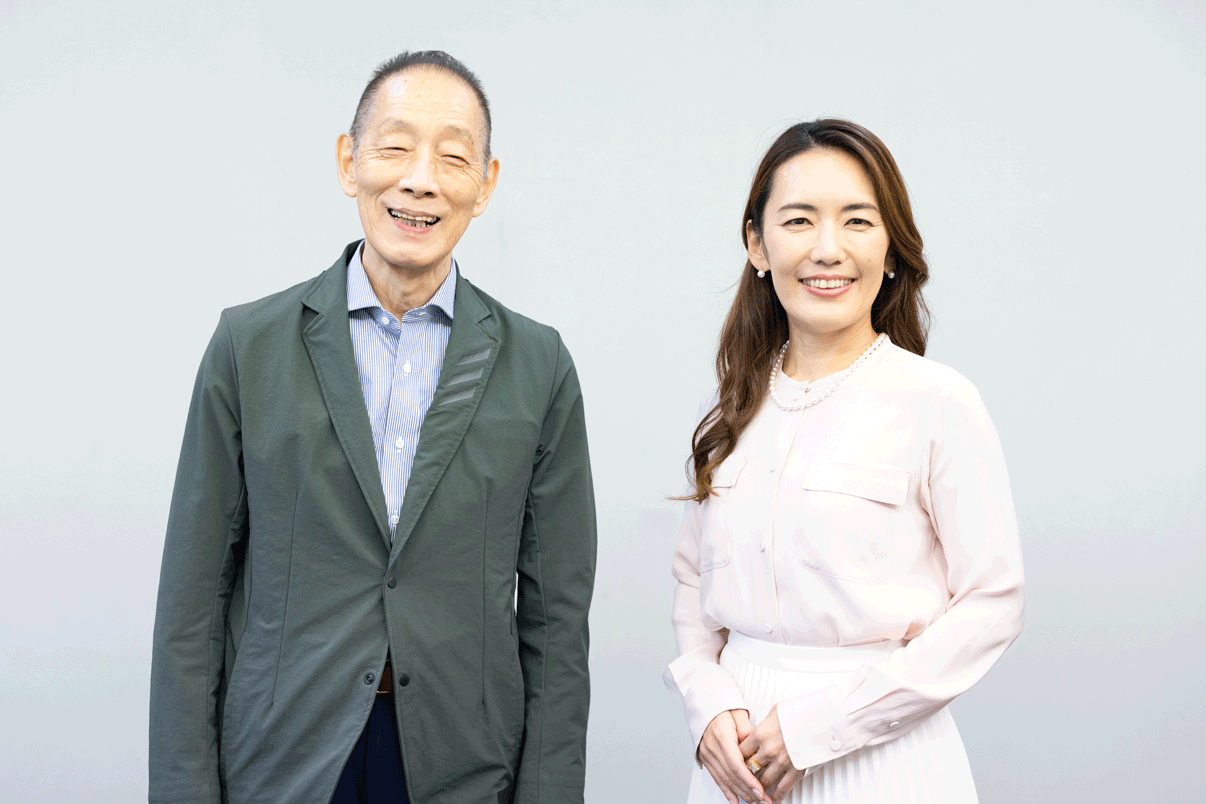 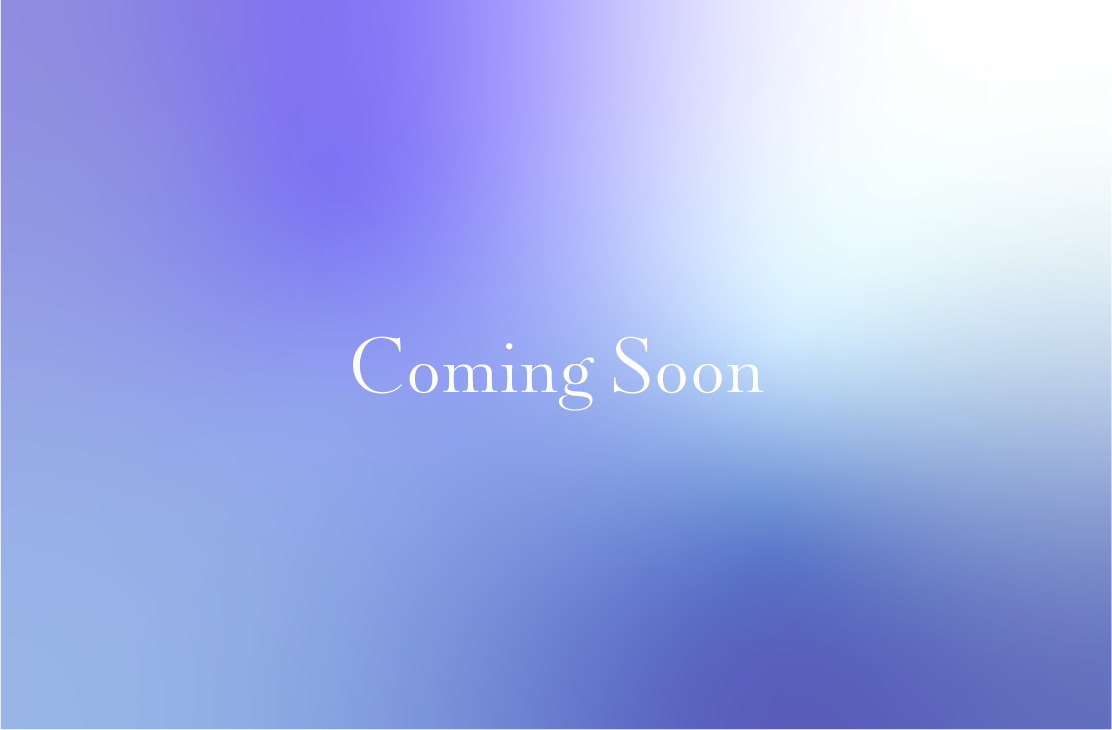 On January 1, 2023, we changed the name of our company,
Adamant Namiki Precision Jewel Co., Ltd., to Orbray Co., Ltd.